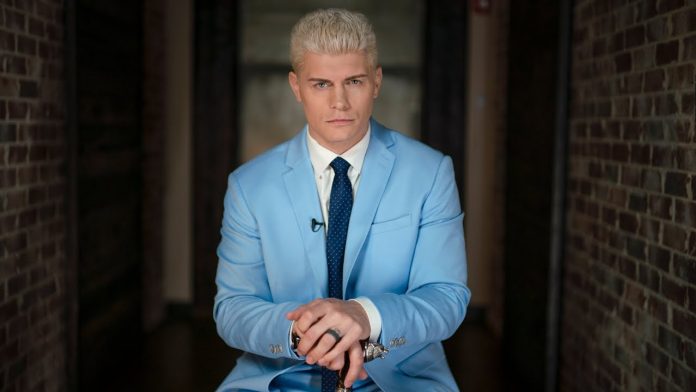 Eric Bischoff says he is not surprised that Cody Rhode’s has left AEW, SEScoops reports.

During his podcast, 83 Weeks, Bischoff commented on the surprising departure of one of the founding fathers of All Elite Wrestling. In fact, Bischoff says he was more shocked about Rhode’s 2016 departure from WWE.

“I’m not surprised – not nearly as surprised as everybody else is, and it’s not because I have any inside information or speak to Cody,” he began. “Cody and I text back and forth every couple of months maybe,” Bischoff said. “Look, I was more surprised that Cody left WWE.”

“Let’s think about that for a minute. You’re 30 years old and on the biggest stage in the world in your particular industry. Yeah, you might be saddled with a character or gimmick you don’t like, but guess what? You’re making damn good money that you could probably retire on in five to ten years if you’re smart. But he was willing to walk away from that because he wasn’t satisfied. It reminded me of his dad.”

Rhodes is expected to return to WWE in the next few weeks.