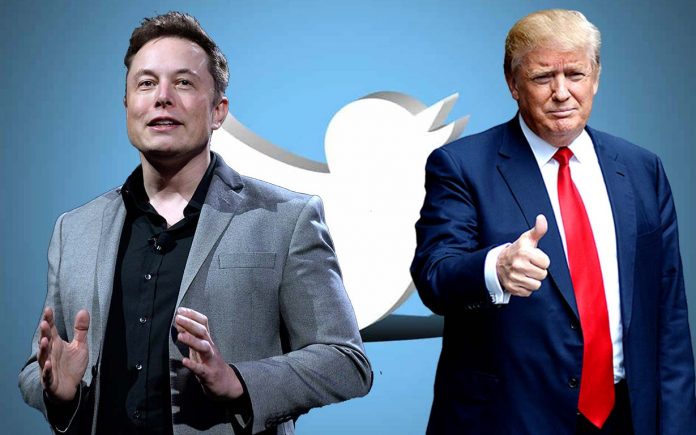 The idea of Trump being reinstated on the social media app has been circulating since Elon Musk bought a stake in Twitter. Musk and Twitter agreed to terms on a sale last month.

Musk spoke at the FT Live’s Future of the Car conference and claims that he didn’t agree on the decision to ban Trump. Musk says it was “not correct to ban Donald Trump.”

“I think that was a mistake because it alienated a large part of the county, and did not ultimately result in Donald Trump not having a voice,” Musk said, adding that the decision was “morally bad.”

“That doesn’t mean that someone gets to say whatever they want to say,” Musk said. “If they say something that is illegal or destructive to the world, then there should be perhaps a timeout, temporary suspension or that particular tweet should be made invisible or have very little traction.”

“I would reverse the permanent ban,” Musk added.

Musk said that permanent bans “should be extremely rare and really reserved for accounts that are bots, or scam, spam accounts.”

Trump has made it clear that he has no plans on going back to Twitter.

At the time of Trump’s banning, the former President had close to 80 million followers.