EDITORIAL: Vince McMahon does NOT Understand his audience 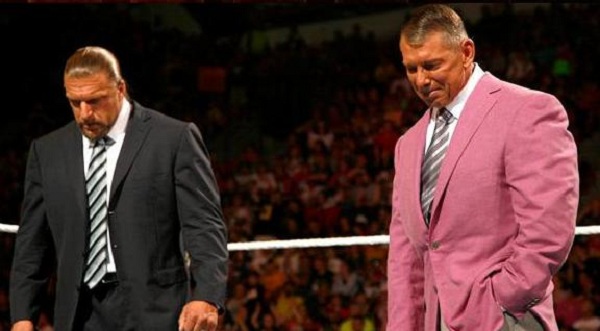 EDITORIAL: Vince McMahon does NOT Understand his audience.

A few notes from the WWE Investor Conference Call.

WWE held their quarterly Investor’s Conference Call in which Vince McMahon and members of the highest executive team announced how much money the company made, the WWE Subscribers count for the Network, and answered questions from their investors. Here summary of one of the comments made by an investor and Vince’s answer.

The caller asked whether the brand extension has been a success, and he asked about TV ratings and future TV deals. Vince said the brand extension has been a success just as they thought it would be. He said there is crossover, but they are also bringing in new viewers for Smackdown. He spoke of fresh talent. He used Roman Reigns as an example, noting that he hasn’t appeared on Smackdown, but it will be a big deal when and if he does.

Let’s start with Roman Reigns. It is clear to anyone who watches even the smallest amounts of WWE Programming and Reigns is on the screen: fans don’t like him. Kids do. Woman just want to have sex with him. But the hard-working, paying fan does not want to buy a Roman Reigns shirt. They don’t want to see him on their TV and they don’t buy tickets to see him. If you see a the poll inserted below, I am asking you who you buy tickets to see in a WWE event. I bet it’s not Roman Reigns.

Reigns draws the worst kind of heat. People like to justify it by saying that John Cena had the same kind of hate as did The Rock. But there is one big difference between both cases: fans bought tickets to boo and hate John Cena and the Rock. Fans won’t be making that transformation for Reigns, at least not anytime soon.

Vince’s opposition to turn Reigns heel also shows that he’s out of touch with what fans want from Reigns. If fans boo him, give them a reason to BOO! Let Reigns being the cocky douche bag that he probably is in real life. After a few years of that, build up a proper face turn and BAM, Reigns will be loved. Or close to it.

However, the idea of Roman Reigns showing up on Smackdown! Live does not excite me nor does the idea of anyone showing up on the brand they are not on excited me. WWE Fans wanted to see WWE stick to a narrative for once. WWE switching things up so fast and makes decisions on the fly that it’s crazy to understand why they still have a loyal audience. I understand when they pulled the turn on Seth Rollins after Fin Balor got hurt. I understand if they put someone else in Rollins’ place. But doing brand switches for the sake of being bored is not what fans want. In fact, I wouldn’t be surprised that WWE announce a draft or trade season during the summer. I would be surprised if fans accept it.

Vince, please give us at least 2 years of solid rosters before you do a draft. Or if there is a draft, make it an NXT Call up draft where each show gets 2 singles stars and a tag team. But a full-fledged company wide draft would be stupid a year into the split.

But I know that things will probably begin changing after WrestleMania.