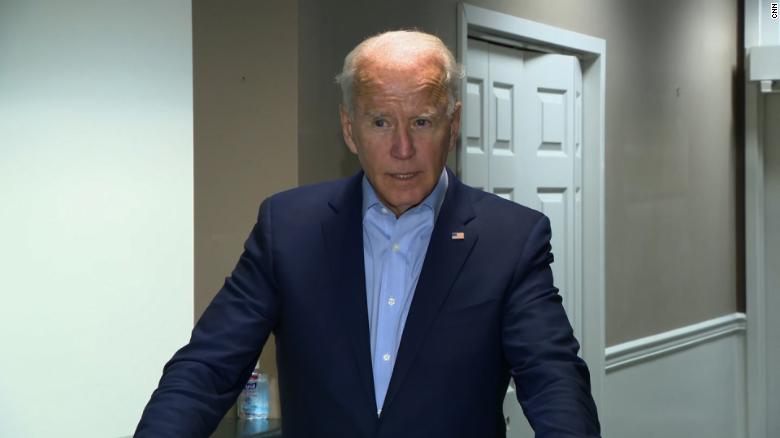 Former Vice President Joe Biden openly called military members ‘stupid bastards’ during a 2016 speech. The Daily Wire reports that Biden said “I have incredibly good judgment…One, I married Jill, and two, I appointed Johnson to the academy. I just want you to know that. Clap for that, you stupid bastards.”

Biden would go on and call the audience “slow.” While you can tell in the video below that the Vice President was joking, there is a bigger problem from here.

Wow. Democrat Presidential candidate Joe Biden called our troops "stupid bastards" in 2016. How did this video stay hidden for so long? There’s only one stupid bastard in this clip and it’s definitely not any of our troops… pic.twitter.com/YZ99utMx30

The problem with this video (outside of the terrible unfunny punchline) is that if this would have been Trump, CNN would have 17 stories about it, MSNBC would have 22 stories and Rachel Maddow would tease the story for an entire hour, and of course it would be trending worldwide on Twitter. However, that has not and I am willing to bet money, will not be featured as major news.

In fact, I just went to CNN.com right now and there it not one story. I did a quick survey of their home page and not one story about this on their home page nor is there a feature on their US News page. I wouldn’t be surprised that when conservatives get upset about this, CNN and MSNBC will decide to run stories about the anger about the comments and not the comments themselves.

A few weeks ago, The Atlantic ran a story about 4 unnamed sources claiming President Trump called dead veterans “suckers and losers.” Those unnamed sources never came forward nor did they present any evidence to prove their claims. The Atlantic treated this story as gold. The left leaning media only ran stories about how Trump said these claims and even said that they didn’t need proof.

Many of Trump’s former subordinate and now enemies like John Bolton have come out to say that these comments were never spoken. Even with named sources going on the record debunking this claim, the mainstream media ran with this story as if it were gospel.

Trump often riffs and free balls his comments while on stage. He will say things like “Maybe I run for a third term” or “I think they owe me two more years as President” and other obvious jokes in a joking manner. Those jokes are taken as serious and CNN will run piece after piece after piece on those comments.

Biden’s comments were not funny. At least with Trump you can get a chuckle from the line.

If anything, can we at least get a headline saying how unfunny Biden is?