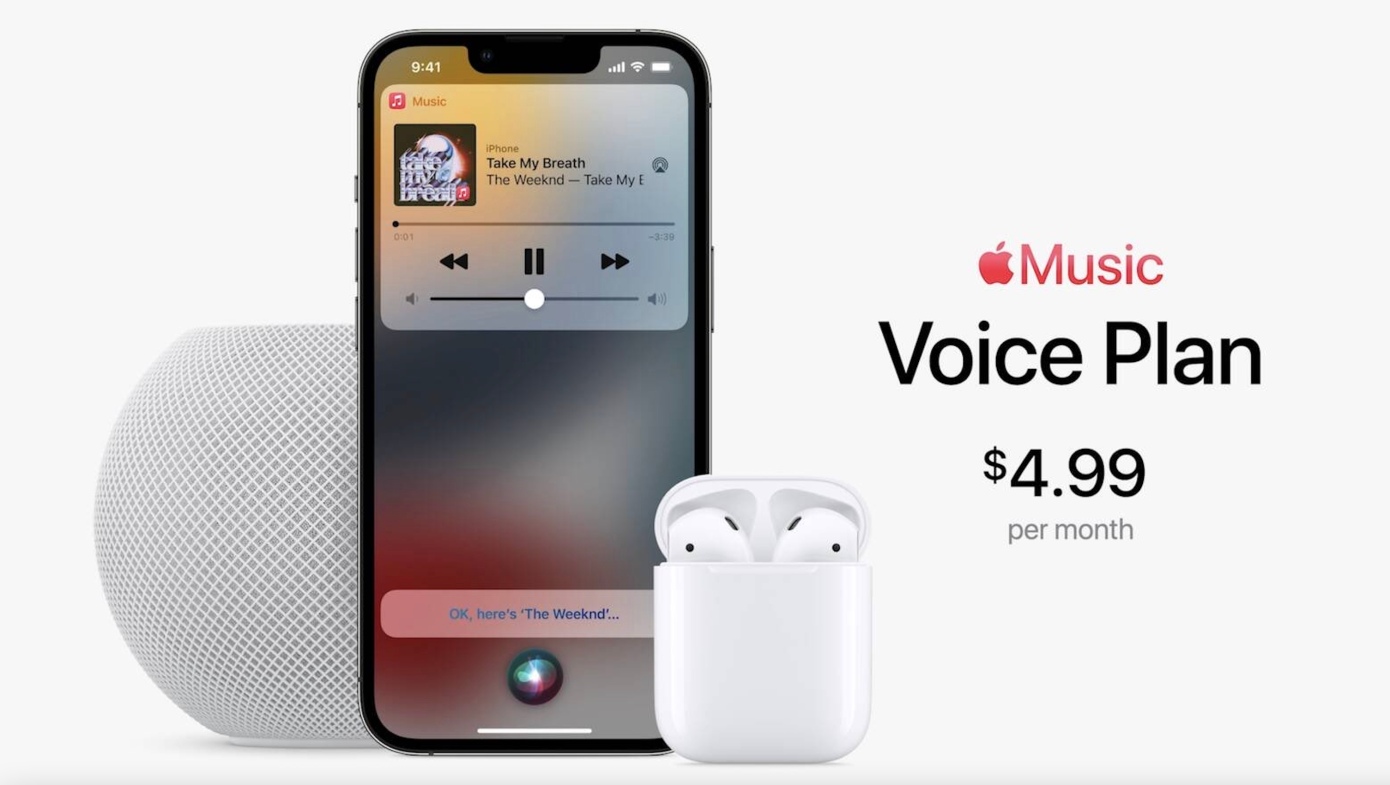 Apple has introduced a new Apple Music plan – The Voice Plan, for $4.99 a month.

According to TechCrunch, Apple unveiled the new plan at their Apple Event in which users can pay $4.99 a month to be able to listen to commercial-free music streaming using their AirPods and HomePods sounds fun. However, users will only be able to access the streaming service via voice activation – hence the name.

Users will have to use voice commands to start, pause, skip, and replay music. They will also be able to create playlists and listen to curated playlists via their Pod devices. The idea is stupid.

Why Apple’s new plan is stupid?

While I like the idea of a cheaper Apple Music plan (The current plans start at $9.99), this limited access service just seems like a bad idea.

Listen, I understand that you need to limit the service for users who are paying less (Spotify has a free and cheap option that are ad supported as does Pandora), but to make it exclusively for voice activation alone is just dumb.  I don’t see the service being very popular at all.

I can see this being a really cool idea for those who are visually impaired. Having a voice activated service for those who need the extra help would be a great idea – but across the board for users who either can’t or don’t want to pay $9.99 a month is stupid.

Apple could have easily made this cheaper plan better by allowing users to use it on their phones, tables, etc. without the AirPods and allowing full service access while maybe limiting some features.

What is next for Apple Music?

Apple Music is launching the Voice Plan later this fall. I just hope that they decide against making it only voice activated.