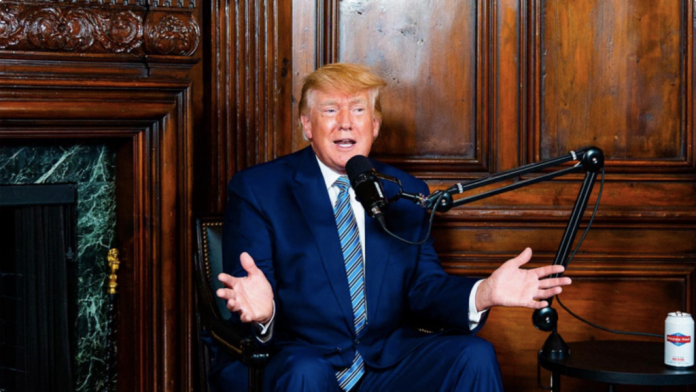 Former President Donald Trump is suing Hillary Clinton and the DNC over their involvement with the Steel Dossier and the Russian Collusion conspiracy, the Daily Wire reports.

Trump filed his suit in the U.S District Court of the Southern District of Florida. The suit accuses Clinton, former FBI Director James Comey, the DNC, and others of participating in an organized plot to slander Trump.

“In the run-up to the 2016 Presidential Election, Hillary Clinton and her cohorts orchestrated an unthinkable plot — one that shocks the conscience and is an affront to this nation’s democracy,” Trump’s suit begins. “Acting in concert, the Defendants maliciously conspired to weave a false narrative that their Republican opponent, Donald J. Trump, was colluding with a hostile foreign sovereignty. The actions taken in furtherance of their scheme — falsifying evidence, deceiving law enforcement, and exploiting access to highly-sensitive data sources — are so outrageous, subversive and incendiary that even the events of Watergate pale in comparison.”

“Under the guise of ‘opposition research,’ ‘data analytics,’ and other political stratagems, the Defendants nefariously sought to sway the public’s trust. They worked together with a single, self-serving purpose: to vilify Donald J. Trump,” the suit continues. “Indeed, their far-reaching conspiracy was designed to cripple Trump’s bid for presidency by fabricating a scandal that would be used to trigger an unfounded federal investigation and ignite a media frenzy.”

Almost from the moment that Trump announced his candidacy for President, he was accused of being a Russian pawn. It was said that he had worked with Moscow to steal the 2016 Presidential Election. It is important to point out that Special Counsel Robert Mueller found no evidence of Russian collusion.

Share
Facebook
Twitter
Pinterest
WhatsApp
Previous article
Winning Time with Spencer Garrett
Next article
“There goes my Hero”: A Tribute to Foo Fighter’s drummer, Taylor Hawkins. Here are 3 Foo Fighter Songs to get you through the weekend.