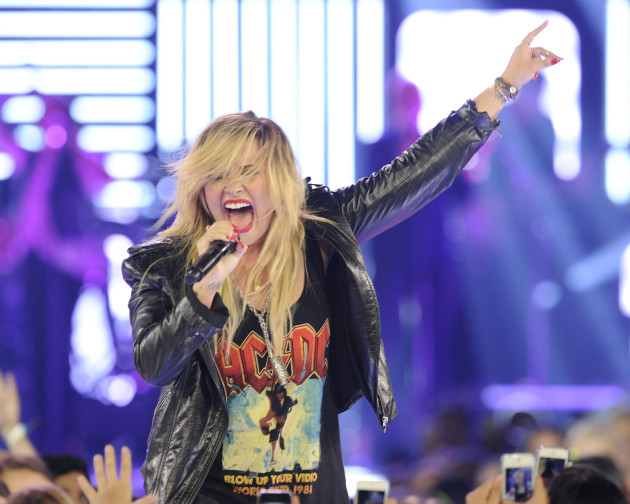 The X Factor USA judge is about to embark on her “Neon Lights” tour. And her opening acts are Little Mix and 5th Harmony.

“I think it’s going to be so much fun,” Demi shares. “There’s nothing better than woman empowerment and having an all-girls tour.” “What’s ironic is we are all from The X Factor,” the singer adds, “and that wasn’t even planned. It just kind of happened that way.”

Demi, who also serves as a judge on the hit competition show shares: “I helped put Fifth Harmony together … and now they’re going to be opening for me. It’s so awesome.” –

As for why Demi named her tour Neon Lights? The songstress announces, “It’s my new single, so we wanted to name it after my newest single … And it kind of fits. It’s like a party tour. I wanted it to be fun and kind of crazy and exciting. Of all the song titles when I see that I think big party.”