So You Think You Can Dance to celebrate 10 years 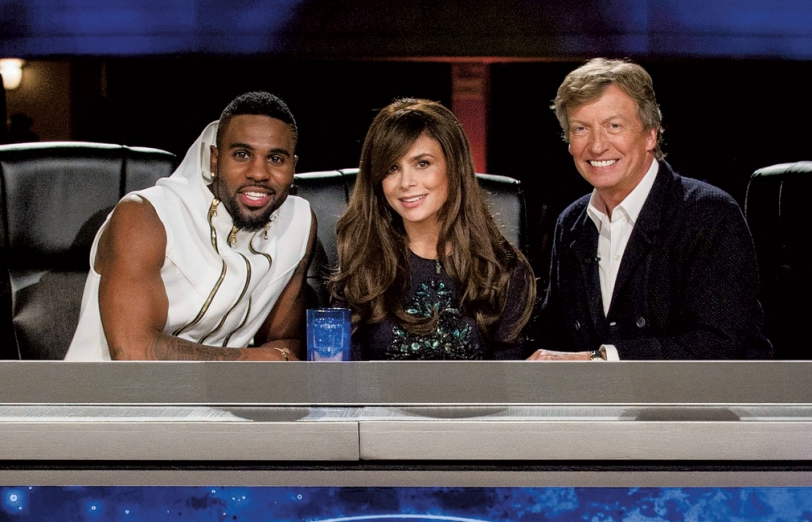 Dance fans everywhere are going to rejoice as FOX announces that So You Think You Can Dance will celebrate 10 years on the air this upcoming Monday! Twitch told our SYTYCD correspondent about how he felt about the 10 year anniversary and what he might have planned.

Details on the FOX special for So You Think You Can Dance can be found below!

“SO YOU THINK YOU CAN DANCE”

TO CELEBRATE A DECADE OF DANCE

Tuesday Night’s Broadcast to Include Performances of Fan-Favorite Stage and Street Routines, Favorite Moments from the Past, as well as Plenty of Surprises!

FOX will air a two-night LIVE event celebrating 10 inspiring years of SO YOU THINK YOU CAN DANCE on Monday, July 20 (8:00-10:00 PM ET live/PT tape-delayed) and Tuesday, July 21 (8:00-9:00 PM ET/PT). On Monday, July 20, the competition heats up when two dancers – one stage and one street – will be going home in the season’s first elimination show. Then, on Tuesday, July 21 (8:00-9:00 PM ET live/PT tape-delayed), before the series premiere of KNOCK KNOCK LIVE (9:00-10:00 PM ET live/PT tape-delayed), FOX celebrates 10 years of SO YOU THINK YOU CAN DANCE. This one-time-only special will feature live performances by some of the series’ favorite dancers and choreographers, as well as present stage and street routines and musical productions from the last ten years.

SO YOU THINK YOU CAN DANCE originally premiered on Wednesday, July 20, 2005, and is currently in its 12th season. SO YOU THINK YOU CAN DANCE has discovered amazing talent and dancers have gone on to careers in Broadway, television and film, as well as toured with some of the biggest music stars in the industry. Past winners include Ricky Ubeda, Amy Yakima and Fik-Shun Stegall, Eliana Girard and Chehon Wespi-Tschopp, Melanie Moore, Lauren Froderman, Russell Ferguson, Jeanine Mason, Joshua Allen, Sabra Johnson, Benji Schwimmer and Nick Lazzarini.

Visit the official SO YOU THINK YOU CAN DANCE site at fox.com/dance to view exclusive videos and photos. “Like” SO YOU THINK YOU CAN DANCE on Facebook at facebook.com/SoYouThinkYouCanDance. Follow the series on Twitter @DANCEonFOX and join the discussion using #sytycd and #stagevsstreet. Follow host Cat Deeley at @catdeeley, and follow the judges Nigel Lythgoe @dizzyfeet, Paula Abdul @PaulaAbdul and Jason Derulo @JasonDerulo.

WIll you be tuning in? Let us know in the comments below.