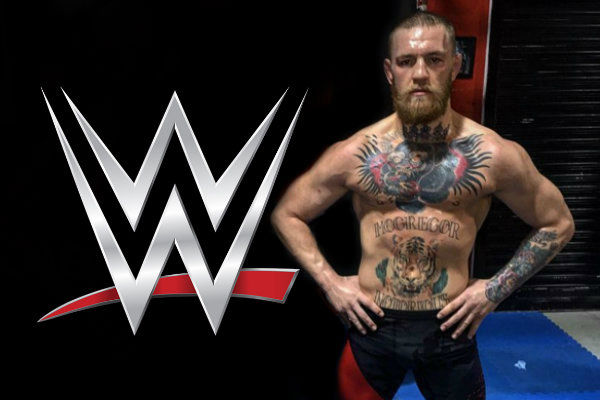 Dana White appeared on Good Day New York and was asked about Conor McGregor signing with the WWE for a WrestleMania match. White said that he had just asked Vince McMahon about it and that McMahon replied “It’s news to me”.

White then showed the hosts the text messages.

McGregor has been long rumored to be wanting to work with WWE in some capacity and the WWE has long wanted him on their payroll. It makes sense for McGregor, who has modeled his persona after legendary wrestler Ric Flair, to end up in a wrestling ring, even if for just a few matches.

Commentary: McGregor would do huge numbers for the WWE. But the problem is going to be two-fold. The biggest issue is going to be money. Will WWE be willing to give McGregor a massive payday? Not to McGregor. WWE isn’t going to pay McGregor $50 Million for one match. I don’t think McGregor is going to want to do multiple matches for anything less than $100 M.

The second part of that problem is the UFC problem. Will Dana White allow one of his fighters to compete on the WWE stage? WWE matches are knowingly staged and UFC is considered shoot fighting. I wouldn’t want one of my legitimate competitors working for a staged fighting company. It would be counterproductive to my business model.

Do you want to see Conor McGregor in WWE?