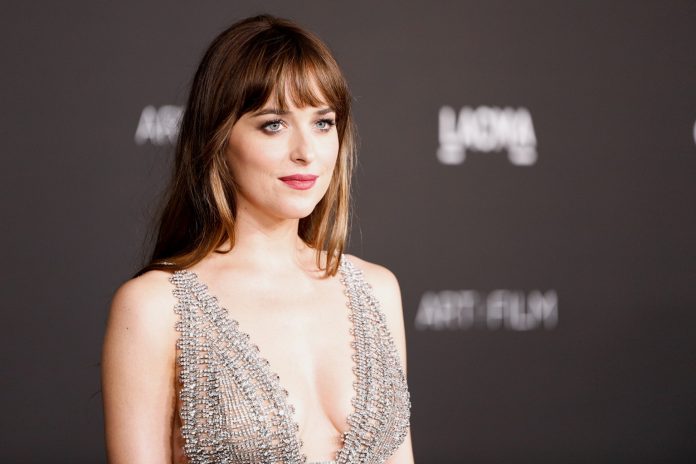 50 Shades of Gray star Dakota Johnson, 32, is in talks to star in a Spider-Man spin-off called Madame Web.

Deadline.com is reporting that S.J. Clarkson is set to direct the spin-off. The “Madame Web” character was introduced to the Spider-Man universe in the 1980’s The Amazing Spider-Man comics, issue 210.

This won’t be the first Spider-Man spin-off. The Venom series is one and Morbius is set to come out later this year.

Madam Web is said to be “a mutant who can predict the future of Spidey superheroes and is usually drawn as an old woman who is blind and paralyzed. She is essentially surrounded by web-like machinery to help her live and stay safe.”