Daily Wire’s Matt Walsh tries to answer the age old question, ‘What Is A Woman?’ in new documentary 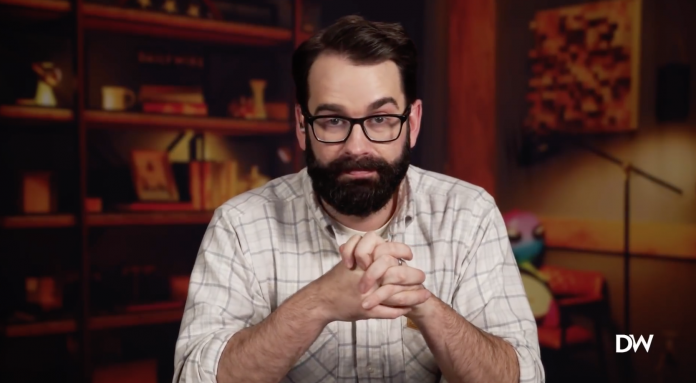 The Daily Wire is no stranger to trending for taking traditional stances on many political and scientific issues. The conservative news and media outlet founded by Ben Shapiro and Jeremy Boreing has begun to dive into making content that goes beyond the headlines. Films such as Run, Hide Fight, Shut In, and the upcoming Gina Carano directed and starred film, Terror on the Prairie. Last week, the Daily Wire premiered a featured documentary starring Matt Walsh called What Is A Woman?

Walsh took a camera crew all over the United States and into Africa to ask the age old question, “What is a woman?” In his research, Walsh talked to self-proclaimed gender and medical professionals, men and woman (or men who are woman, and woman who are men), and therapist who all commented on their thoughts of transgenderism. Was Walsh able to find the answer?

The documentary was humorous, informative, and eye-opening as Walsh takes viewers on the journey of discovering the truth about transitioning. At one point, Walsh speaks with transgender person, Scott Newgent. Newgent discusses the regret of transition. This interview is the most eye-opening part of the entire documentary.

Newgent goes into detail about how he was not properly advised on the medical side effect of the transitional surgery he underwent. He dove deep into the fact that he constantly has infections. Newgent talked about how his insurance won’t cover many of the medical procedures he needs to be able to survive.

There are many more examples of why this documentary is such an important piece of content to be made. You can see that people on the streets were scared to comment on the question being asked.

What Is A Woman? should go down as a classic film that Walsh and the Daily Wire team should be proud of. It was done so well. from start to finish, you will learn a little something and you will also laugh at Walsh’s deadpan comedic responses to some of the talking points.

Make sure to head over to dailywire.com and subscribe to watch What Is A Woman? today.