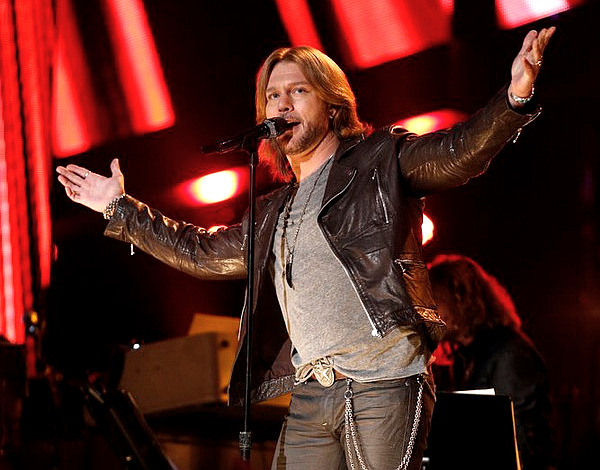 It was just last week that we reported on Adam Levine’s interview with Howard Stern when he stated that, “When the baton is passed post-‘Voice,’ there’s some problems. People take over after we do this great job of building these people up on the show. There’s some real issues there.” He went on to say that, “The roll-out of all that is still such a mess. And by the way, just to clarify, this has nothing to do with what happens on NBC or with the people. In that time, we do so much great s— for these singers, and then they go to a record label that I won’t mention. But they go to a record label that f—s it up.”

Well, not too long after that interview came out, The Voice Season 7 winner, Craig Wayne Boyd has publicly stated that he agrees with what Adam is saying!

Boyd has never said anything out in the open but when he saw that Adam came out about it, he felt that he should also share his thoughts. “I’m excited that someone has stepped up and said something,” Boyd said. “It’s something they (at The Voice) had talked to us about at length while we were on the show.”

Because of the problems Boyd had been through with music before, he had a lawyer prepared and did things his way. “I told my management, ‘Listen guys, we’re going to do this our way. If (record execs) catch up and they keep up with us, then awesome. And if they don’t, we’re going to move forward.’ That’s been our mindset from the get-go, and it has worked really well for us.”

After winning The Voice  in December, Boyd has managed to get on track with things on his own. “I went in and recorded an album on my own,” he said. “We just finished up the album. We’re looking at putting out a single off of this album to major market radio, and we’re solidifying radio teams — some of the best in the country — but it takes time to put those kinds of things together.”

He has even taken it as far as going back to The Voice and demanded to get back into the spotlight. “You have to be hot, and you have to find ways to be relevant. The show brought that relevancy back to me. And without having the support of the label that was put in my hands, I knew I had to find more support quickly and bring relevancy back. So we went back on The Voice, and pushed and fought for that to happen, so we could keep our relevancy there.

We are all excited to see what Craig Wayne Boyd has coming, and he is excited for the time to come that he can share his new music with his fans!

“Now is the time we’re moving forward from not just being a TV personality but moving on to be, hopefully, a staple in country music.”