Todd and Julie Chrisley have settled their tax issues with the state of Georgia, according to the Hollywood Reporter. The Chrisleys were accused of skipping out on paying taxes in the state.

According to the report, the Chrisleys have to pay $150,000 in back taxes to the Georgia Department of Revenue. They were also given credit for the taxes they did pay and were told they didn’t owe some of the charges.

The Chrisleys are also fighting tax evasion charges with the IRS. 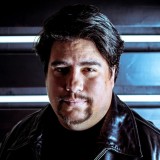