The Chris Brown Drama You Missed 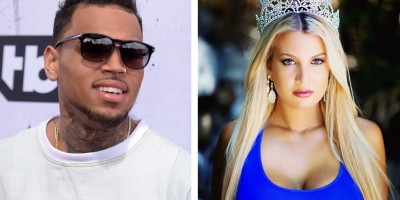 Yes, that’s right, Chris Brown has found himself in trouble once again with law enforcement.

Former Miss California Regional, Baylee Curran, accused the singer of threatening her with a gun while at a party at his house.

Curran called the police and “fled the singer’s home without her shoes.” This led to an 11 hour stand-off with police, followed by an arrest for assault with a deadly weapon.

Since then, social media has gone crazy stating that this is all just a hoax for the aspiring actress to gain some attention and followers. Here’s a few reasons why:

Chris Brown claims that he had woken up to officers outside his home, and claimed his innocence in now deleted videos from his Instagram account.

Brown was released Wednesday morning, 8/31 on $250K bail and is due to appear in court on September 20th.

What do you guys think? Is Chris Brown guilty once again, or is he the victim of another starlet trying to get her 15 minutes of fame?