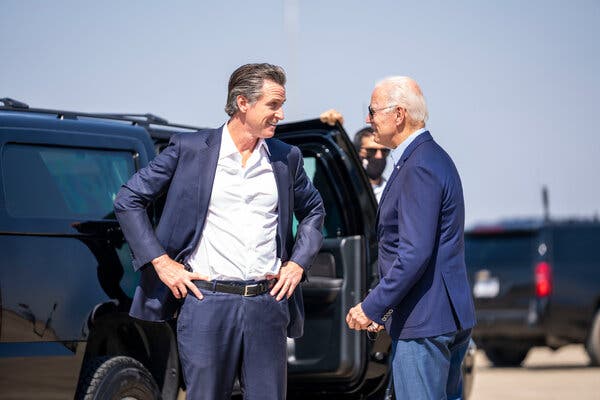 California Governor, Gavin Newsom, has been rumored to be running for President of the United States against Joe Biden since early 2022. Newsom has spent much of 2022 campaigning on national issues while running for reelection in California. According to the Daily Wire, Newsom is denying plans to challenge President Joe Biden in 2024.

Biden has claimed he plans to run in 2024. Some Democrat leaders have been eyeing an out for President Biden. Newsom’s name has been floating around as the top contender to take over for Biden. Newsom says he has other plans.

Newsom reportedly told Politico that he is “all in” for a Biden reelection campaign.

“I’m all in; put me in coach,” Newsom reportedly told Biden during an Election Day phone call. “We have your back.”

“He not only beat Trump once, I think he can beat him again,” Newsom said of Biden. “I hope he runs, I’ll enthusiastically support him.”

“It’s frustrating because I have so much reverence and respect for not only the president but the vice president is an old friend, for all of those interesting things you guys all love to write about, we’ve known each other for 25 years.”

Newsom says he won’t run for President in 2024 even if Biden were to step aside.