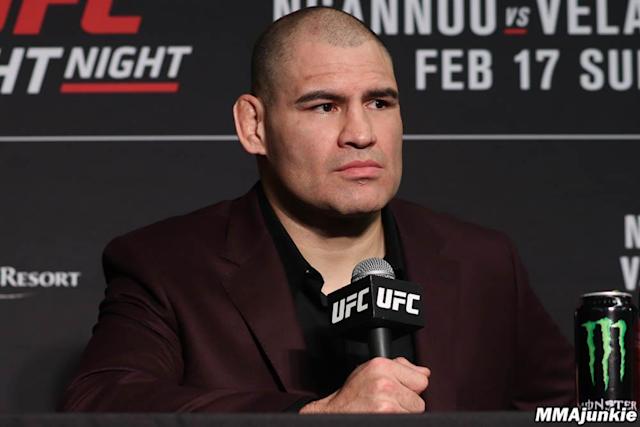 Former UFC heavyweight champion, Cain Velasquez, will be arraigned this afternoon for shooting a man in an attempt to murder another man who has been charged with molesting Velasquez’s close family member.

Velasquez, 39, fired a handgun multiple times into a truck carrying Harry Goularte, and two older relatives and rammed the truck with his truck. Goularte’s male relative, 63, was struck once, but expected to survive.

Velasquez is charged with attempted, premeditated murder, and other related charges. He will be arraigned at 1:30 p.m. in Department 23 at the Hall of Justice in San Jose. He could face incarceration if convicted.

“The sad tragedy is that Mr. Velasquez chose to take the law into his own hands, endangering the public and everyone in the truck,” DA Jeff Rosen said. “This act of violence also causes more pain and suffering to his family.”

Velasquez began shooting at the victims at Cochran Road and Butterfield Boulevard in Morgan Hill around 3:00 p.m. Monday. Velasquez, driving a Ford truck, followed the victims’ Chevrolet Silverado truck, driven by Goularte’s stepfather. During the 11-mile, high speed chase through busy streets into San Jose, Velasquez rammed his truck into the Silverado and fired multiple rounds with his registered .40 handgun. A female passenger in the Silverado called 911 for help.

Goularte was uninjured in the attack. Velasquez was stopped and arrested by Morgan Hill police near Madrone Avenue in San Jose.

Goularte, 43, is facing felony charges that he molested a child. He was arraigned in Santa Clara County Superior Court on February 25. A judge released him from custody without bail over the District Attorney’s objections. He was released under the conditions that he stay in home detention in Morgan Hill, stay 100 yards away from any child under 14, and wear an electronic monitoring bracelet. Goularte was on his way to get the monitor when Cain attacked.