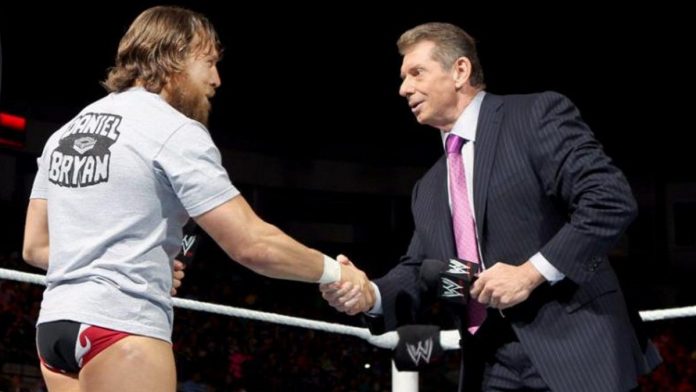 SEScoops has a transcript of an interview that Bryan Danielson had with Wrestling Observer Radio. On his appearance, Danielson was asked about what he and Vince McMahon talked about regarding his exit from WWE.

“When I did the checks and balances as far as what do I want from my life, where would I make a bigger impact and help more people. What would my quality of life be like for my children, as far as being on the road. Two things that are not related at all would be I’d be able to spend more time with my family, and that I’d also be able to bleed,” Bryan said, laughing.

“I don’t like to divulge my conversations with Vince [McMahon] at all because I know he’s a very private person,” Danielson said. “But I will say this, one of the things..because I wanted to tell him before I told anybody else. I don’t remember if I told Vince even before I told Tony. But, one of the things, when I finally made my decision, I’m like, ‘Okay, I’m set on this decision,’ and he was kind of asking me why and I said, ‘You know, there’s part of me too that just wants to be able to bleed.’ And he immediately said, ‘Well, I’m sorry I’ll never be able to give you that.’ (laughs) And so yeah, it’s not like I want to do it all the time. There’s something, I don’t know, incredibly life affirming about it, as strange as that sounds.”