Bruno Mars to Half Time! 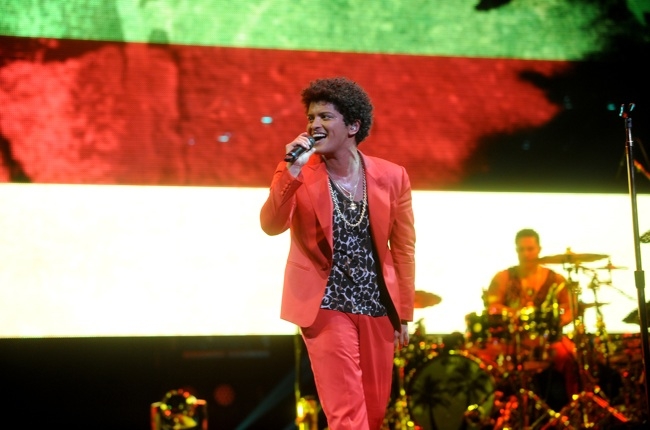 NEWARK, N.J., Sept 8 (Reuters) – Grammy-winning singer Bruno Mars was named on Sunday as the headliner for the halftime show at next year’s Super Bowl.

Mars and his band, The Hooligans, were introduced before hundreds of screaming fans at the Fox NFL Sunday broadcast, which was held live from Times Square in New York City to kick off the first full weekend of professional football.

“It’s just an honor,” Mars said. “We just got off tour so being able to come to New York City and announce this right now is incredible. We’re celebrating, we’re celebrating for sure.”

Next year, Super Bowl XLVIII will be held on Feb. 2 at the MetLife Stadium in East Rutherford, New Jersey.

Mars, 27, whose style ranges from pop to reggae, will join a roster of music legends who have headlined the Super Bowl halftime show, including Bruce Springsteen, Prince and Madonna.

Asked if he planned any surprises, Mars said: “It’s five months from now, so I got a couple of phone calls to make.”

The Hawaiian born singer, whose real name is Peter Gene Hernandez, is a 14-time Grammy nominee and has sold more than 115 million singles worldwide.

He is currently on a 91-city tour, a statement from the National Football League said.

Billboard magazine says Mars scored his first five No. 1 hits on the ‘Hot 100’ chart faster than any male recording artist since Elvis Presley. (Editing by Barbara Goldberg and David Brunnstrom)