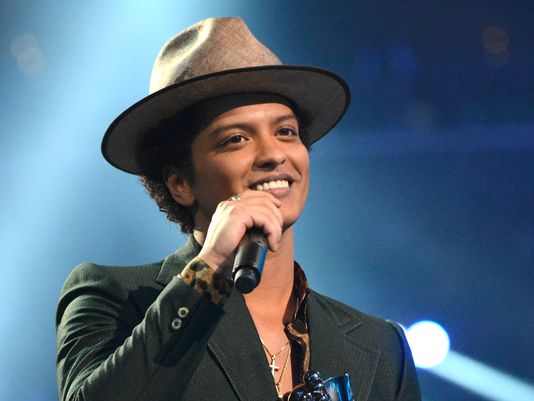 Right after his amazing night of Grammy wins, Bruno Mars announced the North American leg of his ’24K Magic’ World Tour. He released a list of cities he and his ‘little sister’ Cardi B., would be making tour stops at, but didn’t reveal any dates, until today.

The fourth and final leg of his massive tour, kicks off with two nights at the Pepsi Center in Denver, Colorado, September 7th and 8th, and wraps up with a 4-night extravaganza at the Staples Center in LA, October 23, 24, 26 and 27th.

Tickets go on sale to the general public this Friday, February 16th at 12pm local time through LiveNation.com.

Check out the tour dates listed below to see if Bruno and Cardi are coming to a city near you: