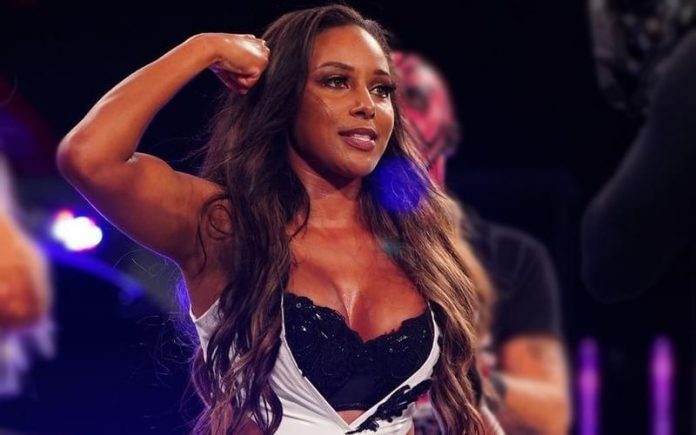 According to Deadline, the deal seeks to turn Shot of Brandi into a 30 minute television show. Rhodes is often seen cooking a meal or mixing a cocktail with a guest.

“I started shooting this show in my kitchen four years ago with two iPhone cameras and a cocktail,” said Rhodes. “I am excited to see the show evolve and thankful for the fans who have followed along.  I assure you, now that I’m working with DIGA the best is yet to come.”

“Brandi is an incredibly dynamic talent who just pops off the screen, and this genre busting concept she created is the perfect showcase for her electric personality,” added DiSanto, CEO of Allyance Media Group & DIGA Studios. “We are beyond excited to dive into this project with her and share some great food, drink, fun and a hell of a lot of laughs with viewers everywhere.”

Rhodes is no stranger to TV. She was formerly with WWE and All Elite Wrestling. She also starred in WAGS Atlanta. Rhodes has recently posted videos of her training to return to the ring.