Blizzard Reveals a Host of Animated Shorts at Gamescom 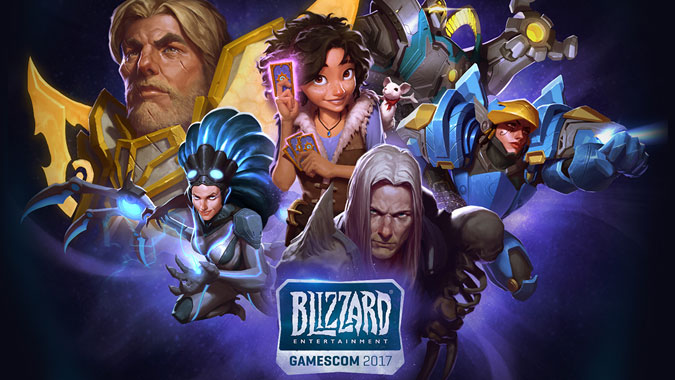 Blizzard Entertainment’s cinematic team has always been one of the best, and I’ve been consistently impressed by their work ever since I was dazzled by World of Warcraft’s opening cinematic, which still looks great despite being made in 2004. It’s no surprise that alongside all of the other releases and updates teased at this year’s Gamescom that Blizzard has managed to catch everyone’s attention with not only new details about updates across all of their titles, but a whole gallery of animated shorts.

I haven’t been keeping up with World of Warcraft as much as I have been with some of Blizzard’s other titles (due in no small part to the $15 a month fee), but it’s interesting to see that they’ve finally decided to bring the players right to the home world of the long-standing threat of the Burning Legion. I did play recently enough to experience at least some of the story-line of Illidan’s redemption, so although I have my reservations about actually playing it and about some of the decisions they’ve made in the past about changing the story, I’m interested in seeing how this prophecy business will turn out.

Heroes of the Storm

Speaking of Warcraft characters, the prayers of thousands of players complaining on the forums are finally answered with the arrival of Kel’thuzad. Instead of going with their usual 3D style, Blizzard outsourced this 2D animation to Titmouse Inc. (known for work such as Metalocalypse and the Avatar: The Last Airbender opening) in a way that reminds me of when Nintendo had Shaft animate a trailer for Super Smash Brothers 4. It looks surprisingly good despite my preference for their 3D animation, it shows off a prominent Warcraft character in a way that makes me excited to play as him in this game, and they even turned the community joke/theory of Jaina secretly being a dreadlord into a new skin that works well thematically with Kel’thuzad’s release.

The first of two animated shorts for Overwatch, this one is more in line with the previous videos in that it’s announcing a new feature; this time, it’s the new map Junkertown. We get to see some fun interaction between Junkrat and Roadhog as well as a look at how Australia’s been doing after their robot apocalypse, but we also get the introduction of a new character, the “Queen” of Junkertown. It doesn’t show much of the map proper, but since Blizzard also released a video that gives a more comprehensive look, this short is a welcome bit of enjoyment among some of the more serious videos.

The second short, which focuses on the story of Mei’s Antarctic research team, is decidedly more serious in tone. It really fleshes out Mei’s back-story and gives additional meaning to some of the details in the Ecopoint map in the game itself. Even though just the cute robot would be enough for me to like this video, there’s also a story of overcoming adversity and maintaining hope, which is a nice change of pace from the previous trailer of the villainous Doomfist. I’m not a big fan of playing as or against Mei in the game, but this story and look behind the creation of her freezing gun was, if you’ll forgive the pun, cool.

Hearthstone, in stark contrast to Overwatch, has never really taken itself seriously tone-wise. Warcraft isn’t afraid of making pop culture references and a scatological joke at least once an expansion, but even the more serious aspects such as the Lich King are presented in a funny manner. That being said, this animated short being filled not only with all new characters but also with singing was completely out of left field, although that’s not a bad thing. It’s almost cutesy, but Hearthstone embracing its silly side and distancing itself a little from Blizzard’s other titles is a new direction that I’m more than happy to go along with. Singing aside, there were also some fun references to the cards themselves and some voice acting that sounds very familiar to those who play any of Blizzard’s other titles.

It was kind of baffling when Blizzard decided to make a live-action adaptation of Warcraft last year considering how well their cinematic team does in almost everything they put forth, but despite our chances of ever getting an animated film of this kind of quality any time in the near future looking bleak, we can at least content ourselves with the continued excellence of shorts that are put out every year.