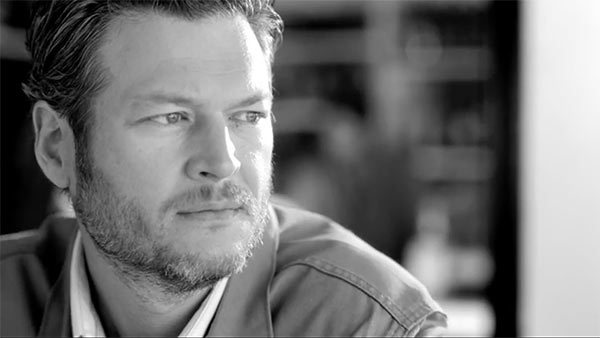 Blake Shelton has gone through a rough time in 2015, and now he tells us how he’s feeling. If I’m Honest was released on Friday May 20, 2016 on Warner Brothers Records debuted at number 2 and has spent 4 days at number 1. And this album has to be the most amazing work to come from Shelton, and that’s not discounting his previous albums. Shelton’s last few albums have been amazing as well, but this album takes it to the next level.

the thing about this record, in my opinion, is that when you go through a divorce and then get with a new woman, your next piece of work says a lot about who you are and how you handle things. Some people have been able to take heart break and turn it into a good thing, others took years to be able to properly explain what they went through threw music. Shelton took his heartbreak, wrote amazing music, and opened himself up to his fans in a way only Shelton can do.

I found myself in tears listening to some of these songs. I felt Shelton’s heartbreak, I felt his love for Miranda and his love for Gwen. I felt a man being lost and I could relate to him in every way. And that’s how you know that a country artists has put out a great piece of work. I felt for Shelton.

“She’s Got A Way With Words” was probably Blake’s most well penned tune on the record. I felt like this was the best way for him to talk about what Miranda put him through and how he felt about the divorce. Starts out by saying “When You Put two and two together, you find out love has four letters…she a big ‘F.U’ in my future…” And of course, “Came Here To Forget” paints a picture of a man who loved the woman he was with and was just looking for someone to help him forget. I think my favorite song on the record has to be “Every Goodbye” because we have all been in this spot. Shelton is simply talking about how every time somethings ends, something starts all over again. I could imagine him and Gwen having this conversation together. I felt like this is Shelton opening up just enough to let us know how him and Gwen became a thing.

Over all, the sound, the lyrics, the heartbreak and every element on this song made this a 5 Star album from Shelton. I recommend you buy this record, right now! Go and get it.