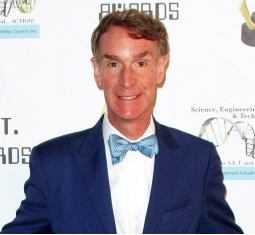 Bill Nye is returning to TV with “Dancing With the Stars.” “The Science Guy” will compete on “DWTS” Season 17.

Following the end of “The Science Guy,” Nye served as a technical expert on “BattleBots,” appeared on “Numb3rs” and contributed to The Weather Channel. In 2008, Nye was awarded an honorary doctorate by Johns Hopkins University.

Nye graduated from Cornell and according to his website, visits regularly as a professor as part of the Frank H.T. Rhodes Visiting Professorship.

Check out some of his dance moves below.