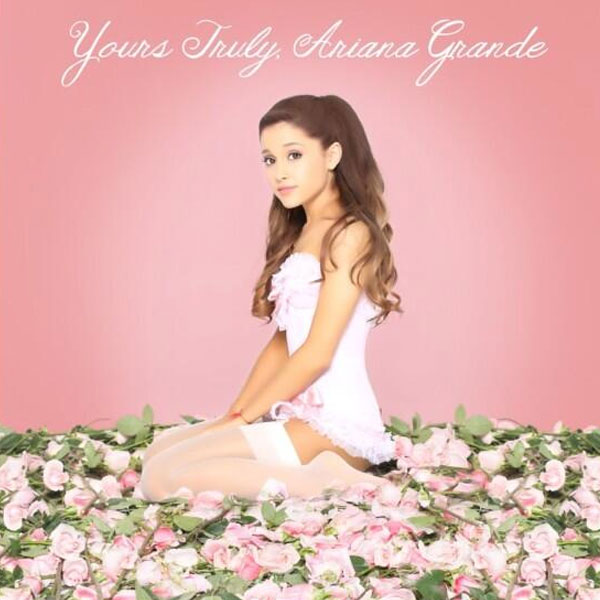 Ariana Grande gave fans quite a pleasant surprise on Wednesday when she not only revealed the name and release date of her debut album, but also the cutesy (and very pink) cover photo.

Before the September 3 release of Yours Truly, fans can pre-order the album — which will include her hit single “The Way” — sometime “next week,” according to the 20-year-old singer

Although Ariana was eager to show off the cover of Yours Truly, some people weren’t as thrilled with the way she looks (wearing lingerie and thigh-high stockings) and after some backlash, she eventually took down the photo from Instagram. What do you think about the way she’s portrayed on the cover? – See more at: http://ryanseacrest.com/2013/08/01/ariana-grande-announces-album-title-release-date-see-cover-photo/#sthash.lbbnr5SF.dpuf