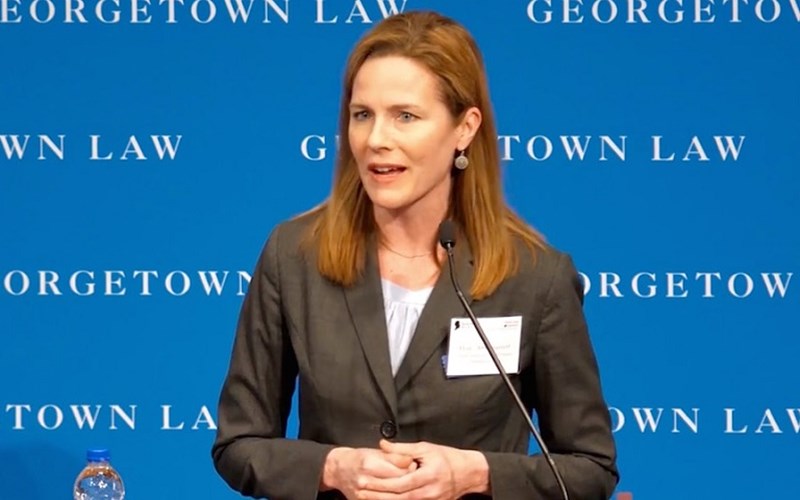 According to the Daily Wire, Amy Coney Barrett has met with President Trump on Monday.

Barrett is said to be one of the top picks for the now vacant seat once filled by Ruth Bader Ginsburg. Ginsburg passed on September 18, 2020.

“Trump has told allies that he thinks Barrett, 48, is a smart, hard-nosed, conservative jurist who would also come across well during televised confirmation hearings,” Bloomberg News reported. “Trump also believes Barrett won’t be wobbly on major issues for conservatives, including abortion, gun rights and health care, when they come before the court.”

Barrett is on a short list of possible nominations.