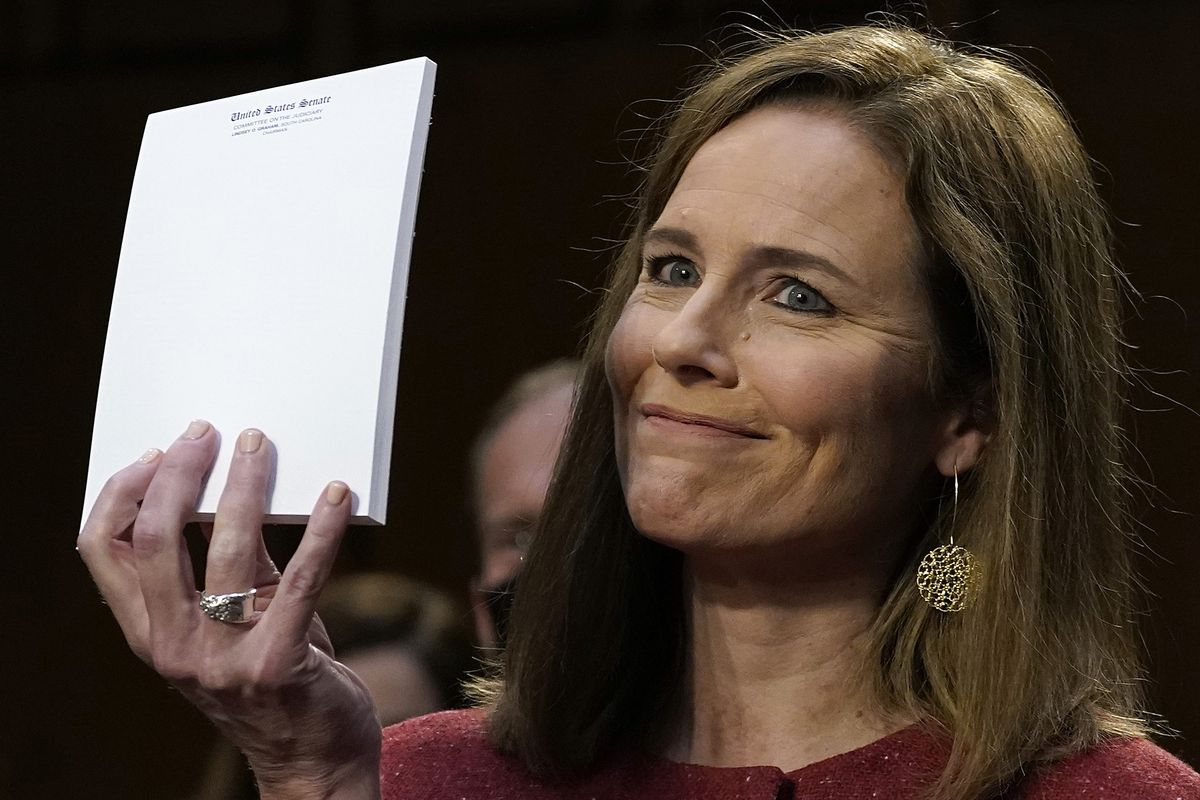 President Trump has set another record has the Senate confirms his 3rd Supreme Court nominee in Amy Coney Barrett, the most Justices since President Ronald Reagan. Reagan was able to confirm 4 Justices in his 8 years in office. Trump will likely get a few more if he is reelected next week.

The Senate voted 52-48 to confirm Barrett, a Notre Dame law professor and 7th Circuit Appeals Court Judge. Judge Barrett is expected to be sworn in as an Associated Justice to the Supreme Court by Justice Clarance Thomas on Monday night.

The entire Democratic party voted against the confirmation of Judge Barrett.