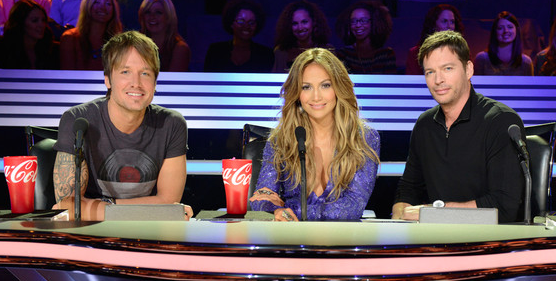 The more things seem to be getting better for American Idol, the worse they end up.

Coca-Cola has announced that they have ended their relationship with American Idol after 13 years. That means you won’t be seeing those big red cups on the judges desk any more.

AT&T left ended its long time relationship with Idol last season, while Ford continues to work with the show.

“I can confirm that Coca-Cola and Fox have mutually decided to end our 13-yearAmerican Idol partnership,” a rep for Coca-Cola told E! News. “After 13 years, we feel it is the right time for the Coca-Cola brand to venture into new spaces and pursue other opportunities to connect with teens and leverage music as a passion point.”

So what will Jennifer Lopez, Keith Urban and Harry Connick JR. be drinking during the 14th season of American Idol? Tune in January 7th to find out!