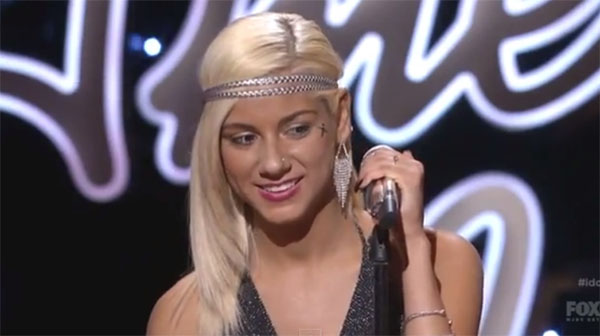 The show opens with Ryan Seacrest on stage with the top 3, Clarke, Jax and Nick. Seacrest opens the envelope and announces that JAX is being sent home.

Seacrest announces the judges and all three of them look amazing. Harry Connick Jr. urges people to audition for the final season of Idol to be the last American Idol.

The finale is down between Clark Beckham and Nick. Clark opens up the night with “Georgia On My Mind” and does a mediocre job at that. Keith Urban said it was a ton of flap jacks drenched in syrup. JLO said Clark is singing to win and reminded America why he is there. Harry said that Clark was the best way to start the show.

Nick is up. JLO is starting the critique and said that he was who Simon Fuller thought of when the show was created. Harry urged everyone to vote. JLO says it a tie between the two.

Clark is back up with “Ain’t No Sunshine”, a song that season 8 winner Kris Allen did during the finale. Clark did it stripped down with just his guitar. Harry praised him for doing two slow songs. Keith made a lame joke about how to make a soul singer. JLO wants to know who he was singing too.

Nick is up next. I missed the title of his song. The judges liked his performance but Harry gave round two to Clark.

Clark is up with the single he will release post Idol. It’s called Champion. JLO loved the song and Harry didn’t really care for it. Keith loved the inspiration that the song brought.

Nick is releasing a song called ‘Beautiful Life”. JLO described it as “In the moment”. Keith Urban said it was a song people wold buy.