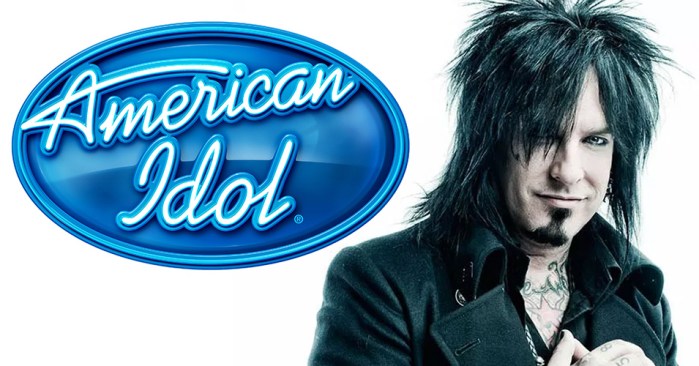 American Idol is looking under new rocks to find someone new to sit on the judging table for the rebooted season of the show. While nothing has been confirmed, it looks like Idol is trying to sign Nikki Sixx to the show.

Sixx is currently a host on LA Based radio station, Alt 92.3. Sixx is also a member of legendary (and retired) rock band, Motley Crue.

Sixx also announced that he is taking some time off from touring and making new music:

“For those of you asking, I’ve been playing in bands and touring the world for 40 years. I have no immediate tour plans unless I get a wild hair up my ass or something or somebody really inspirational comes along.”

He added: “Since I’ve been home, I’ve just been writing music non-stop, recording with other artists, taking vocal, bass and guitar lessons and focusing on photography. Money has never been and isn’t a driving force for me. Let the chips fall where they fall. So I guess I’m unofficially retired or maybe just expired at this time.”

In other words, Sixx has plenty of time for American Idol.

If Sixx joins the cast, he will sit alongside Katy Perry and potentially Lionel Richie. Richie is rumored to make $3-5 million for a season while Sixx is rumored to be offered about $2 million.

Do you want to see Nikki Sixx on the American Idol judging panel?