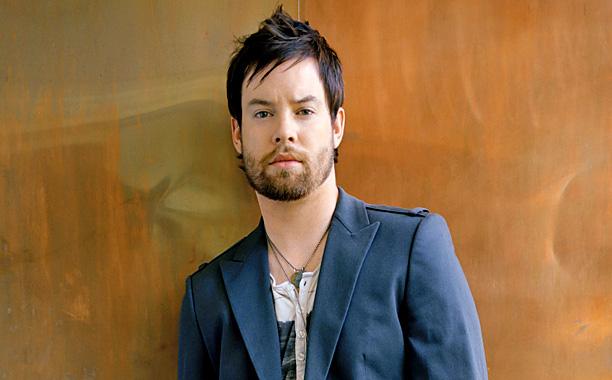 Ladies and Gentlemen, David Cook is back. Season 7 winner of American Idol and pop/rocker is back with his first album since 2011’s This Loud Morning. (Click Here To Purchase This Loud Morning)

. Cook has since left RCA records and embarked on his own and now, after years of waiting and teasing, Digital Vein is out and it’s AMAZING!

The album starts with the song “Heartbeat”, which has that nice clean guitar tone opening the record, classic cook. His vocals kick in and I am reminded why Cook won American Idol. This song will be a favorite of mine but for the reason that Cook’s best song’s (other than Permanent) aren’t typically the slower ballady songs. In the chorus, Cook sings his own harmonies and again, in classic Cook style makes the song even better with is signature falsetto. And then the song kicks into second gear and picks up. I feel like this is him staring into a loved ones eyes and him telling them that we can survive the troubles of the past. We can come back from whatever.

Then its time for the first single off the record, “Criminals” which is classic Cook rock with a bit of pop. There is a nice little rift to open the song and then Cook kicks in with a snare drum and his vocals. One thing I’ve always loved about David is that he tells a story with his lyrics and his melodies takes you on a ride that you don’t want to get off. This is a song about running away with your  girl.  I might have to use these lyrics as pick up lines.

Now, this next song is my absolute favorite on the record. It’s “Broken Windows”. This song is so well constructed and again Cook is in the drivers seat and I really don’t mind. I had this song on repeat for hours after listening to the album. My favorite line “Build this place our of blood and bricks so we can still stand when the world is shaking”. OH. EM. GEE. I am totally using that when life gets tough with my future wife! HA.

The entire album is solid. Go out and get it. Click the image at the top of this post (david cook’s album art) to purchase a copy though amazon. Let me know what you think of the album!