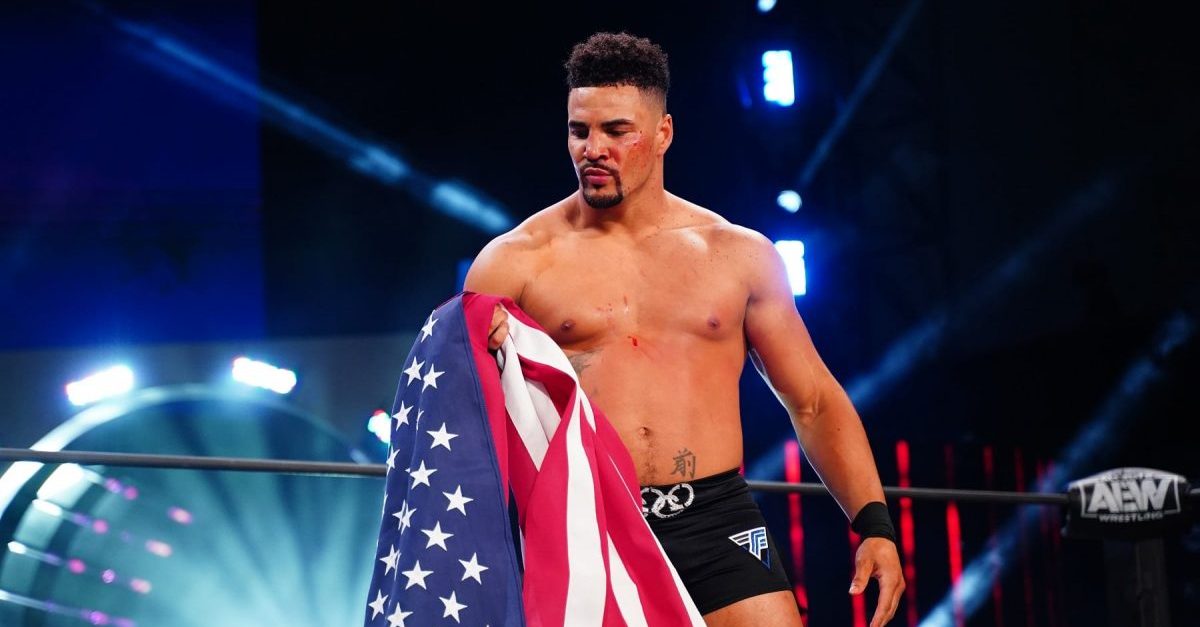 All Elite Wrestling has been a leader in the wrestling landscape during the Covid-19 Pandemic. This weekend, the promotion became the first to hold a full capacity event in well over a year. While WWE’s WrestleMania had more fans in attendance, AEW is the first to fill a building to capacity.

AEW’s Double or Nothing saw almost 6,000 fans plus the crew and stars of the show. Amongst all of the hype, energy, and chaos of Double or Nothing, a star was born. That star, Anthony Ogogo.

Ogogo is a boxing superstar and former Olympian. He is a mega heel and he held his own against the American Dream Cody Rhodes. During the multi-week exchange between Rhodes and Ogogo, Ogogo showed the fans and critics alike that he had what it took to be a big player in AEW.

Sure, the guy drew on the heat of being anti-American, a tactic in pro-wrestling is as old as the day is long, but it worked. And it worked extremely well against the American Dream, Cody Rhodes. Rhodes ultimately got the win, that doesn’t mean the program between Ogogo and Rhodes is over.

In fact, this is just the beginning. AEW did a great job laying out the possible groundwork for this feud to continue. How could a monster heel from the UK just walk away after being defeated by an American? This feud will go on. And mark my words: if Ogogo sticks around, he will become a MEGA heel champion for AEW.

Ogogo can also be a key signing for AEW long term. As AEW continues to expand,  the UK is going to be a huge market for them and having Ogogo has a top star is going to be vital for their expansion. Ogogo is going to be a top draw for the company. He will be over. He will show the world that he can be money.

Check out my more of my thoughts on the Double or Nothing post show edition of the Bruce Mitchell Audio show by clicking here.