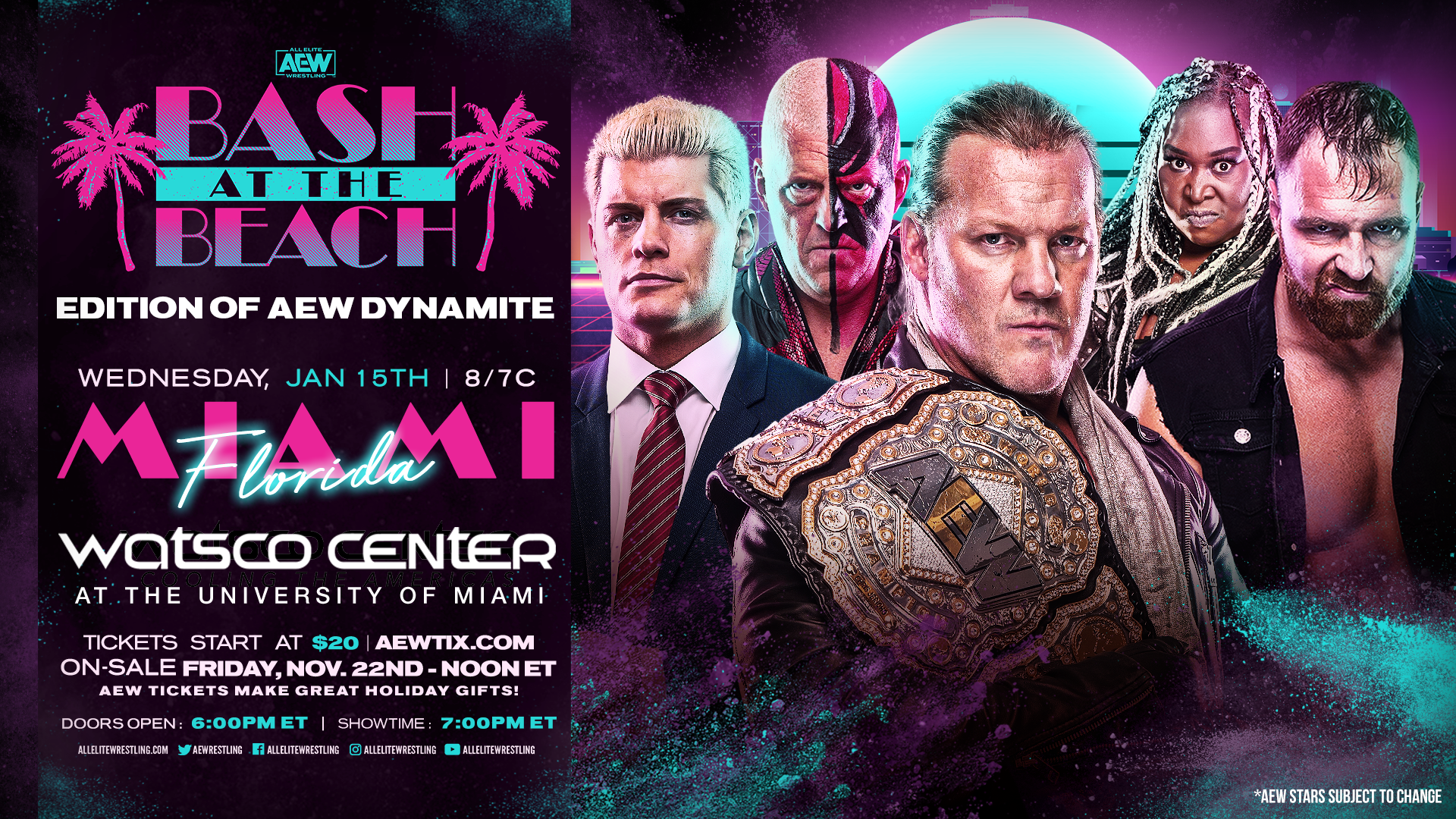 The adventure begins on Wednesday, Jan. 15, when AEW Dynamite takes over the Watsco Center at the University of Miami for a Bash at the Beach themed episode, and continues with Chris Jericho’s Rock ‘N’ Wrestling Rager at Sea, sailing round-trip from Miami to Nassau, Bahamas, on Jan. 20-24.

High-octane bouts with the biggest names from AEW will be filmed from Jericho’s sold-out Norwegian Pearl ship, including the Jan. 22 episode of Dynamite on TNT. The history-making event will be bubbling with exclusive opportunities to meet AEW’s star-studded roster, as well as non-stop wrestling, rock ‘n’ roll, live podcasts, paranormal explorations, talent-hosted activities, autograph sessions, parties and more.

“AEW’s Bash at the Beach events will deliver nine unforgettable days of wrestling and much more from the hottest company in the business today,” said Chris Jericho. “Thousands of the Friends Of Jericho onboard the SOLD OUT ‘Rock N Wrestling Rager At Sea’ will have the experience of their lives, and now millions more will be able to watch AEW Dynamite along with us, as we break out the bubbly together from Miami to the Bahamas.”

AEW is a new professional wrestling promotion headlined by members of The Elite (Cody & Brandi Rhodes, Matt & Nick Jackson, Kenny Omega and Hangman Page) and Chris Jericho and Jon Moxley. For the first time in many years, AEW is offering an alternative to mainstream wrestling, with a growing roster of world-class male and female wrestlers who are poised to bring new

Tickets for the Jan. 15 Bash at the Beach show in Miami go on sale this Friday, Nov. 22, at noon ET. Tickets for the show will be available for purchase exclusively at www.AEWTIX.com. For your chance to join the party at sea, sign up for the waitlist at www.chrisjerichocruise.com.