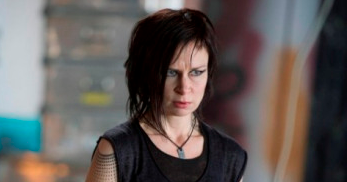 We’re rapidly approaching the halfway point of Jack Bauer’s return, and so far 24: Live Another Day has been as turbulent for the audience as it has for Jack. The show’s been up, it’s been down, and now it’s starting to get crazy with drones everywhere and Benjamin Bratt finally getting out from his office. Just when you think you know 24, then an episode like this happens.

Picking up where we left off, the smoke is literally still clearing after the U.S. Embassy shootout, and Jack is being taken into custody while his new quasi-ally Kate Morgan is playing dumb beside him. She leaves him to struggle with the Marines, while she gets in touch with Chloe and reveals to partner Erik that she has the all-important flight key. “This is crazy,” Erik says, because somebody has to say something like that at least once during every season of 24.

Once they’re driving away from the Embassy, Kate finishes uploading the flight key’s data to Open Cell, where Adrian redeems himself by spotting the drone-control override code amongst the programming. Kate then forwards screen grabs of the override code back to the CIA office, so that Jordan and Navarro can see it for themselves. “I’m putting my ass on the line. You can’t have any doubts about this,” Navarro tells Jordan, who agrees with Kate that the original drone was hacked, leading Navarro to phone President Heller – and have Kate explain everything we know to the White House contingent.

Back at Terrorist House, Margot apologizes to Simone – we don’t think they make “sorry I had my henchman chop off your finger” cards – before going downstairs to see how Simone’s husband and her brother are coming along with the drones. Allegedly, they will have drone control within five minutes. But she’s not happy, because Heller has begrudgingly ordered all drones grounded. Forced to activate the override code sooner rather than later, the terrorists are only able to seize control of a half-dozen drones, which is still a half-dozen more than anyone else would like.

Everyone goes into panic mode, except for maybe Colin Salmon’s General Coburn, because nothing ever bothers Colin Salmon. Kate and Erik arrive back at their office just as Navarro is debriefing all the other CIA agents whose names we will probably never learn; he then brings Kate into the nearest empty room and tells her that the Marines have filed a complaint against her, which means now she’s really off the case. We know that really means next to nothing in the 24 world. And then everyone is promptly distracted by Margot’s manifesto: she wants Heller to surrender himself to her in three hours, or else.

Of course, like every good terrorist plot on this show, this is personal. Near the halfway point and General Coburn is giving the White House team – and by extension, us – the briefing on the drone strike that killed Margot’s husband and several children. The President then goes to see Jack and formally asks for his help in stopping the impending attack. Jack mentions an arms dealer that has worked with Margot in the past, and insists that the best way to get to him is for Jack himself to take care of business. “You’ve been in exile for four years, Jack,” Heller retorts. “Haven’t you learned anything?” Uh, haven’t you learned never to doubt Jack Bauer?

Simone’s husband gains some points when he reveals that he ensured Margot’s manifesto was traceable, which allows Navarro to take a CIA team to Terrorist House. However, these points are immediately lost, because Simone’s husband decides to impart this information to his wife. Not to belabor the point, Navid, but the last time you told your wife something, she squealed on you to her mother. Clearly you don’t learn either.

Next comes the moment some of us have been waiting for: Audrey comes face-to-face with Jack for the first time in years. She has no real need to be there, but it had to happen, otherwise why bring her back to the show in the first place? Awkward lines are said, Audrey starts crying, and then there’s a Moment with a capital M. While she composes herself, her father and husband break the bad news to the British Prime Minister, and Kate calls Chloe to express her concern that Navarro and company may be walking into a trap. Indeed, Margot then immediately tells Navid “They’re not coming,” and has him beaten unconscious.

As everyone looks on, the CIA team gets blown up in a fantastic explosion, leaving us to wonder about the fates of Navarro and Erik. One person we don’t need to worry about anymore is Navid, who gets a bullet in the head just as he realizes that his wife never really gave a damn about him.

24 always gets an extra jolt when we get to the point in the season when characters start mentioning times and countdowns and ultimatums; because it’s a real-time show, that gives the audience something to look forward to or worry about. We had those five minutes to cringe at Margot getting control of the drones, and we’ve got two more hours to go on her three-hour deadline, during which we can bite our nails and hope that Heller doesn’t end up like Ryan Chappelle. There’s a certain palpable tension that comes from a known threat rather than just a perceived one, and this show knows how to get us counting every second.

The question is – and we’ve raised this with previous episodes – are those moments still as enjoyable when we can see them coming? There’s no doubt that the show has lost some of its unpredictability, in part because TV audiences are getting smarter; common sense told us that the CIA was never actually going to find Margot, not this early on, anyway. We knew there was a ‘but’ coming. Yet even without the element of surprise, there was still a certain amount of dread, because we then also knew the characters were walking into a trap, and all of those characters were relatively expendable. We don’t necessarily need to be surprised, as long as we’re made to give a damn about what happens next.

There are still moments that require a suspension of disbelief at best, or at worst prompt a little laughter. They don’t make people much more naive than Simone’s husband Navid, for example. But there have been those little contrivances throughout the run of 24, like how Jack never managed to find himself stuck in Los Angeles traffic, or the infamous “mountain lion” subplot that was best known for giving us a pre-Entourage Kevin Dillon. But there are less of those moments as the season goes on, and that’s a good sign. As is one of the great explosions 24 loves to bring us, which provide the entertainment value.

If there’s one complaint we have, it’s this: we’ve finally spotted former Spooks star Miranda Raison – and it took us three episodes to find her because she’s lurking in the background as a political aide. This is an actress who spent several seasons on an equally challenging show, holding her own alongside the likes of Rupert Penry-Jones, and we can’t give her anything to do? Somebody please change that, and pronto. Having the former Jo Portman join Kiefer Sutherland and Yvonne Strahovski, that would be one heck of a team-up.

24: Live Another Day continues next Monday at 9 PM ET/PT on FOX.