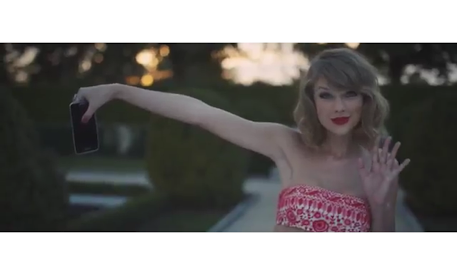 With the release of her new album 1989 last October, Taylor Swift has made it clear that she has had a break up with break ups. Swift has learned the importance of standing on her own two feet, and the true value that comes out of being single. With more time to focus on herself and the changes she wants to see in the world, Swift has spoken out against bullying, sexism, and the double standard in the music industry. You go Tay!

After following the tumultuous “Jelena” relationship for a couple of years now, it seems safe to say that it’s over…for now, at least. While Justin is “super single” and happy to be according to an Instagram post a few weeks ago, it might take a little more time for Selena to get over her ex-lover. All eyes witnessed her highly emotional performance at the AMAs of “The Heart Wants What It Wants,” which ended with a backdrop of a silhouette of a man, who is believed to be Bieber. Selena also reportedly had an emotional breakdown at her bestie Taylor Swift’s 25th birthday bash, where she burst into tears because of Justin. The future Jelena holds may be unclear, but we never know what might happen.

3. How I Met Your Mother

Hundreds of thousands of fans were left breathless last March 31st with the end of a story, a family, and ultimately, an era. Ted Mosby finally concluded the tale of how he met his kids’ mother, with the sole purpose of asking them if they were okay with him dating their Aunt Robin. Though many were dismayed with the true intent of the 9 year narrative, many “Tobin” fans were overjoyed that Ted and Robin found each other in the end, despite the increasing unlikelihood with every passing season. Fans bid farewell to a group of friends they had grown to love and wished to be a part of through the years, who finally settled down and finished their quests of finding not only true love, but themselves.

It is no surprise that everyone dropped what they were doing and lined up outside of their local Apple Store with the release of the latest iPhone model. But while some were pleased with the upgrade, most were probably just surprised, if not a little bit (or a lot) confused. While possessing better quality cameras and improved software, perhaps the most noticeable feature of the iPhone 6 and 6S is their grand size. Even though their large dimensions make it seem like you’re holding up a graphing calculator to your face, no one seems to mind. Anything to be in with the times, right?

Wearing shorter skirts and higher heels, there is no doubt that Ariana Grande is no longer the innocent red-haired Cat Valentine we used to watch on Nickelodeon. With her music career flourishing now more than ever, Grande has chosen to share her art with sexy music videos like that of her hit single “Love Me Harder,” coupled with more suggestive lyrics in her album My Everything. Her latest single, “Santa Tell Me,” expresses her wish for a lasting love that will make it until next Christmas. What does Big Sean have to say about this?